← Welcome to the new Dragonfly Lights website Diabetes Coaching: Why I Do What I Do →

My Diabetes Business! I’m Jumping In!! 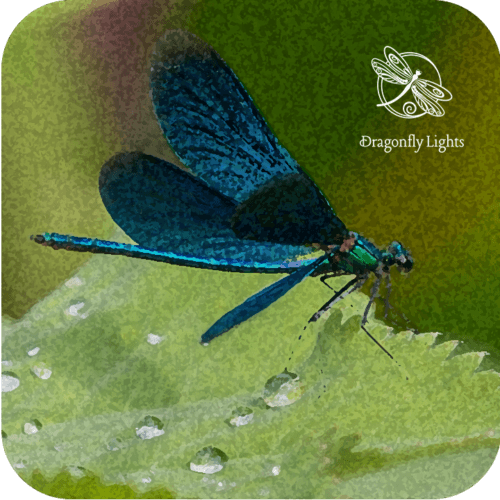 It’s funny how when you stop and listen, God shows (OK sometimes pushes) you into your next new thing. For me, it has been some dramatic leaps into the unknown, without everything all figured out but the pull was so strong I couldn’t resist. I did it despite conventional wisdom that said: “That’s not a sure bet”.

My first jump was a 21 when I decided I needed to live somewhere that wasn’t Illinois. I had effectively checked off all the boxes on my To Do list.

Within about three months the newness had worn off and all these things I had worked so hard to master were done and I was feeling deflated.  I got an itch for something new.    Time to leap.  So I did.  Nine months after graduating, I moved to Texas for no other reason than a friend needed a roommate and it seemed warmer and less intrusive than my little small town (no offense Rochester peeps!).  I put my belonging in a family friend’s cattle trailer (who doesn’t put all their stuff in a cattle trailer?) and just moved.  I have never regretted that decision and Texas is where I have planted my roots, started my family and commenced the real “adulting”.

About 15 years later, diabetes had joined the party, I climbed the ranks at Baylor and was a charge nurse in one of the most prestigious ER’s in Dallas, bought a home, went back to college, and had my heart broken (not necessarily in that order).   Out of that pain and growth, I realized I wanted more than nursing and I pursued a dream I had left by the wayside in high school.  I have always loved math, puzzles, solving things and symmetry (er, yes sort of right-brained).  During high school, I got to program some very early computers to compute the remaining side of a triangle when given just one angle and one side.  I thought that was amazing that this machine could do that.  It was right every time!  I wanted to pursue math or computer science further, but those were not things a “midwest farmer’s daughter” did back then.   But now hospitals used computers and “nursing and computers” was a thing!

So I jumped again.  In 2000 I left safe and secure Mother Baylor and joined a startup software company on the tail end of the dot-com bubble.  Once again, not really having a plan other than they did ER software and needed nurses who know ER.  It felt like my dream job.  And it was.  I had such a blast with the people and product we had at MEDHOST.  It was so different than nursing, where if I called in sick, someone else filled in.  In this role, my “stuff” was there waiting for me the next day and it was my “stuff”.  I learned and grew so much both personally and professionally during those years.  I met and married my husband, gave birth to two beautiful children despite my diabetes and “Advanced Maternal Age” (ugh), the company flourished and I was given more and more opportunities.  I started as a subject matter expert and left with new skills in executive management, software design, user experience, nursing informatics, sales and marketing, public speaking, mergers and acquisitions, tradeshow management and on and on.  I found out I was creative, something I never would have called myself.    But all good things eventually run their course and the new ownership of the company didn’t really get the value of clinical people designing clinical product.  I was just going through the motions, hoping the company would get back on the “right” track, but that was not to be.  I had an epiphany one day and realized that if I saw the job description of what I was doing at that time, I wouldn’t even apply for the job.  So I jumped.  This time just jumped off.  And took a timeout.

Turns out I needed a rest and I needed to regroup.  I had offers and opportunities in Healthcare IT, even took one.  But they just felt like jobs.  It wasn’t the right mix.  I was doing it because I felt I “should” rather than responding to the pulling sensation I have felt in previous years.  But as God always does, he gives you gifts on His terms when you are ready.   I asked God to give me direction and use the skills He has given me to their highest use.  I didn’t realize it, but it started a few years ago by connecting with nature – I learn a lesson every time I remember to look.  I also found I enjoyed writing and was good at explaining things.  I started a blog several years back but wasn’t ready or sure what to do with it.  My diabetes has always been an enigma to me.  I had no risk factors, no family history, it was sort of out of the blue, but it has taught me more than it has ever taken.  Like many people with a life-threatening situation, it changes you.  I think Diabetes has made me better.   At a minimum, more aware, determined and grateful.  At maximum, I have learned the value of me.

So now friends, I am jumping back in again!  What started as a dragonfly swimming laps with me, has transformed into a company and a new purpose.  I am officially hanging the title of Diabetes Coach on my door post.  I am coaching people who live with the trappings of needles, fingersticks, carb counts and insulin to journey inward and find their peace. It is a conscious decision to avoid a victim mindset, but few do it without a helping hand.  The end goal is to help clients FEEL BETTER.    For it is an emotional journey about feelings, not one of education or nutrition.  Until you make peace with your situation, your management of your illness will be a never-ending uphill battle.  It is a new perspective I offer and a challenge to rethink your current beliefs that are causing you pain.

My requests are twofold.

Thanks in advance for your support and prayers.

← Welcome to the new Dragonfly Lights website Diabetes Coaching: Why I Do What I Do →